Tom Ford new 2013 sunglasses season is here with a Beatle look. The Tom Ford Lennon brings back the sixties when John Lennon stole the show. This plastic rounded square shaped sunglass is available in a choice of light tinted lenses. The round eye sunglasses, which over the years have become iconic with famous stars are now massively back in fashion. The round eye sunglass is a perfect lens design for long face shapes. Tom Ford Lennon has the t logo on each side. 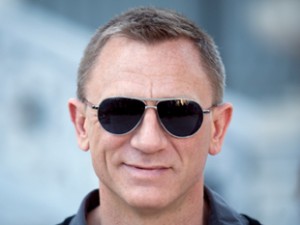 There’s no denying that the image of Bond himself plays a huge part in the success of the films, and the decision for Bond to wear the Tom Ford TF144 Marko sunglasses continued this success.

The gunmetal frame and blue lens of the Tom Ford Marko perfectly compliment any smart dressed individual, whilst at the same time are casual enough to be worn with everyday attire.

To mark the occasion, we are offering an excellent discount of £15 on the Tom Ford TF144 Marko sunglasses, this is a limited time offer, so be quick!

Check out our latest productsWe offer our customers the most up to date sunglasses available. We also offer the latest and most upcoming brands and always ensure our customers are looking stylish and current. We have recently added to our selection of sunglasses and now offer...Read more